The P10-billion pork barrel scam allegedly masterminded by Janet Napoles is a real huge can of worms. With the likelihood that the scam could cause the downfall of some high-ranking members of the opposition in Congress, who would have known that the current administration is equally complicit in the entire pork barrel mess? Including the pork only the President controls at his discretion, the whole issue of corruption in government is now completely exposed. 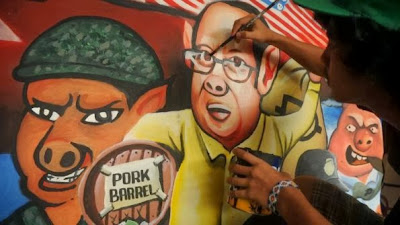 Malacañang apologists and targeted members of the opposition are scrambling for their respective good reasons to cover up their involvement in the scandal that could make the anti-corruption crusade of President Noynoy Aquino a big farce. To the incensed public, it is becoming apparent that the President’s straight path is also a crooked road, after all.

“Development” is a term often abused by those in charge of governance. The congressional pork barrel is euphemistically called Priority Development Assistance Fund (PDAF). The President’s pork consisting of the Presidential Social Fund, the Malampaya Fund, and the Special Purpose Fund, which he can disburse at his discretion without oversight and audit, is supposedly allocated for development purposes. Even the latest exposé about the so-called bribe given to senators who voted for the impeachment of former Supreme Court Chief Justice Renato Corona referred to the said incentive as Disbursement Acceleration Program (DAP), designed to speed up government spending for development projects.
According to the Department of Budget and Management (DBM), the allocations from the DAP were government savings or unprogrammed funds that had to be spent because the government was underspending at the time and it was necessary to stimulate the country’s declining GDP. If you believe the DBM, the Philippines must be enjoying a bubbling economy compared to the rest of the world’s larger economies which are imposing austerity measures and reductions in government spending.
No matter what newer rationale the DBM or the President’s principal ally in Congress, Senate President Franklin Drilon, spins out to the public, it will not wash away the dirty hands of the administration in the current pork barrel mess. President Aquino’s much-ballyhooed anti-corruption crusade is being visibly reduced into one great deception and hypocrisy.
The underlying purpose of development in the Third World is to escape from misery and poverty that have become the bane of suffering for more than a majority of the population in these areas. To improve the lives of these people by giving them access to basic social services and opportunities for employment has always been the ubiquitous undertone to human development. Wars, colonization, natural calamities, and in great part, the lack of moral integrity among the people’s representatives in government, have been generally identified as obstacles to growth.
Public corruption in the Philippines, for instance, has been acknowledged as pervasive as early as the American colonial administration. The current pork barrel mess is yet the latest incarnation of government corruption on a national scale. Both the mainstream news media and the bustling social media are exploiting the pork scandal as a fodder for entertainment. Nothing is new about corruption in government. The corruption we detest so much now is as old as the government we have.
The social tableau of our country’s underdevelopment is painted with an unimaginable landscape of poverty, inequality, and monopoly of political and economic power in the hands of the oligarchic elite. Despite the good news of rising confidence by foreign investors in our local economy, this has not been translated in job creation and reduction in poverty. Local migration of labour from the rural to the urban areas only exacerbates chronic unemployment in the cities while landless farm labourers continue to wallow in extreme poverty and insecurity. Equal economic opportunities remain inaccessible, thus forcing the migration of skilled labour to other more developed countries where chances of a better life are greater.
On the other hand, the promise of democracy continues to linger. Our kind of democracy remains a failed one. Political power is dominated by traditional oligarchic families who also control access to business opportunities.
This is the raw background from which our national development must be forged, yet our elected representatives and bureaucrats in government keep a blind eye. Power and fame have consumed them. Even worse, many members of a crucial class of intellectuals and professionals in our country tend to be swayed rather than be critical of government abuse and excess simply because they find the prospect of an alternative leader or system of government more frightening than the status quo.
Thus, no matter how vociferously or constructively you criticize the current government for its complicity with corruption, there are those—and they are a legion—who would immediately drown and silence you out. The activists and student radicals of the sixties and seventies have joined the ranks of government apologists while the true and non-partisan social critics remain handcuffed and restricted to the margins of dissent.
One may ask with a sinking heart how development can be possible with all this dramatis personae in our society.
The pork barrel scam has exposed the rottenness of our entire political system. Our people are deeply disgusted and disenchanted. We are watching corruption in government unfold as our own national morality play where the principal actors— members of Congress, both opposition and those loyal to the President, and the Executive branch battle their wits for days on end. Is the solution to this mess within the reach of these actors? How will this play segue to its dramatic conclusion?
If only last Sunday’s final episode of Breaking Bad on TV could be the right formula for an ending to the pork barrel scam, then we could be hoping for almost an uplifting denouement. After all, a relatively happy ending is that crime doesn’t pay, and we hope the characters in our own morality play also lose their ill-gotten wealth and political stature, including their souls. 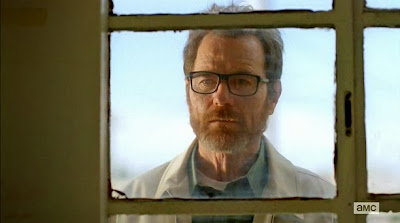 But this is not going to happen. Who are we kidding? There is no room here for contrition, confession, and conciliation as in Breaking Bad.
The pork barrel mess has accumulated so many layers of lies and betrayals that the truth may not be that easy to disentangle. Investigations will bog down the search for a final determination of this scam, with the dreamt trial of the year not commencing before the incumbent President—the one so rabid to catch the corrupt—finishes his term of office. Remember that his predecessor is still languishing in hospital detention for plunder charges not even fully prepared for court trial after more than two years. Judging by the slow wheels of justice in our country, this pork scam may not actually see the end of day.
We need a clear ending to this mess created by our elected representatives and by our government. The people therefore must persevere with their public protests, short of running to the hills if nonviolence as a means to a resolution doesn’t work.
Briberies, kickbacks and all forms of corruption involving pork barrel funds have been routinely perpetrated in various guises by our elected senators and representatives in Congress and those we entrust the daily running and operation of government. This was long before Janet Napoles surfaced before our eyes. Corruption has become an integral part of our political culture, a way of life not easy to break.
Posted by Joe Rivera at Tuesday, October 01, 2013