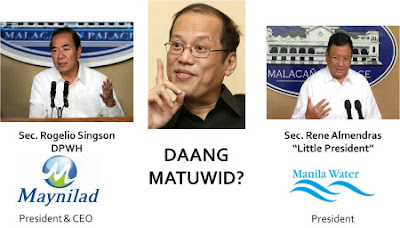 In the same COA report, it also identified 54 PDAF-funded projects which were constructed on private properties belonging to members of Congress not named in the complaint. Obviously, these members of Congress are affiliated with the president’s party or known to be supportive of the current administration. Such use of funds, as pointed out by COA, is prohibited. According to law, public funds must be used to promote public welfare or purposes, and not individual advantage.
In the grand scheme of public corruption, we might as well declare all members of Congress in both houses, and the office of the president, or even the entire bureaucracy, as a big plunderers’ row. But as official morality seems to reside in the hands of the powerful, the sitting president and his party and supporters control the government. They have at their disposal all agencies and offices, including the media, to prosecute and persecute those they have deemed as enemies of the state.
Janet Napoles and the PDAF scam have become our national morality play. From the perspective of institutionalized corruption, this entire mess, according to the Center for People Empowerment in Governance (CenPEG), “dramatizes only one aspect of a long entrenched tradition of lack of accountability by politicians and a culture of impunity enjoyed by the powerful.”
Posted by Joe Rivera at Wednesday, September 18, 2013