Spring in North America officially started last Monday, March 21st. While its exact timing varies in other countries depending on the local climate and the culture and customs of the people, spring represents an opportunity for renewal. A new day to begin after being savaged by the frigid and dark days of winter.

If only our lives were as simple as the changes that the seasons bring upon us, we would always have springtime to reverse our mistakes and start again. The only problem with this kind of thinking is its repetitive pattern, thus it fools us into complacency, that recovery is always coming after every decline which spring brings about. It implies a cycle of fate drawn on a deterministic path, simple and uncomplicated.

But human lives cannot simply be guided by the vagaries of fate. In fact, we can master our fate and it is up to us to determine the future we like, but not over short periods of months or cyclical changes of the season. That would be too complicated and cumbersome. Changing our fate every time the season changes is like watching a theatre replace its marquee every time there is a new feature presentation.

Yet to our Filipino kababayans overseas, spring always comes as a perpetual rebirth or chance to form another group, for instance, a new and runaway organization with a new set of so-called leaders disgruntled with the other leaders who were formally chosen. At least, this is true of Filipinos in Toronto.

Two Filipino organizations come to mind. One, a major player in the community which sponsors the annual Toronto Mabuhay festival, and the other, a smaller organization of Filipino seniors.

Since 1991, the Mabuhay Festival & Trade Show in Toronto has been the main summer activity of its organizer, the Philippine Independence Day Council (PIDC). PIDC dubbed it as the largest celebration of Philippine heritage, arts and culture in Canada. But not for long. A new organization called the Philippine Canadian Charitable Foundation (PCCF), together with Toronto’s Philippine Chamber of Commerce and Industry (PCCI), will launch the newest show in town this coming July and they are calling it, the “Pinoy Fiesta & Trade Show sa Toronto.” 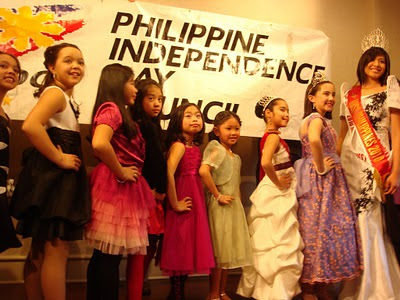 There is nothing much different between these two festivals, even their leaders used to work together under the PIDC. Behind the PCCF are former PIDC mainstays. It seems like PIDC’s aim of fostering unity among Filipino-Canadians by showcasing the best of Philippine arts, culture, heritage and charity has backfired.

But who needs two or three Filipino festivals in Toronto during the summer? These festivals offer a similar menu every year: dancing, singing, beauty pageants, trade displays and food booths. And they even have the audacity to brand these shows as the best of our culture, Philippine art and heritage.

Isn’t it time to gather all the supposed brains behind these summer festivities and squeeze them into a jar and put a tight lid around it so all these “moro-moro” festivals will come to an end? First, do we really need these pretentious festivals which have failed miserably as an instrument for unity? Second, do they really represent the best of our culture or do they reduce us into an embarrassing slapstick and farcical spectacles of ourselves? And last, who benefits from these shows but their organizers who hanker after publicity and self-promotion?

Now, how about our seniors? Even our elders seem amused at our custom of breaking up organizations. This Filipino attitude of not accepting failure or defeat reminds us of Jean-Jacques Rousseau’s philosophical concept of amour-propre. According to this concept, amour-propre renders a human being incapable of being happy within society. Or as we have probably inherited it from the Spanish, amor propio, or self-love. We do not want to suffer the shame of losing face, for instance, because of self-pride.

The Pillars Cultural Association, an organization of Filipino-Canadian seniors, has been contested by two groups claiming use of the name of the association and the right to its bank accounts and assets. Merely looking at the list of their respective members or even their faces if you happen to meet them around, you would not be able to tell who are the original members from the breakaway group. One local Filipino community newspaper wrote that the rivalry between the two groups reflected a lack of understanding of the principles of democracy, meaning that the breakaway group did not want to accept the voice of the majority and their defeat. But this is more than about a lesson on how democracy works. In fact, it could be an abuse of democracy, the unbridled autonomy to determine one’s own fate. 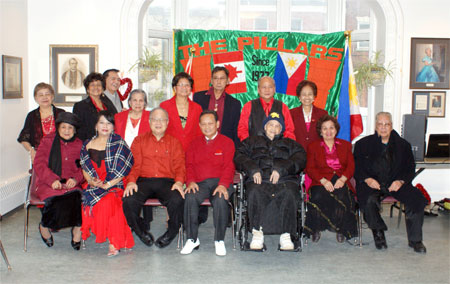 Conciliation or mediation between the two groups was not even an option, which the community newspaper bewailed after the fact. Why mediation as an option became apparent only after the court has intervened and decided on the issue is also bewildering. The newspaper should have written about this dispute earlier and suggested that the parties settle among themselves instead of choosing expensive litigation. Its voice could be persuasive but it chose to be silent not until the court has made its decision. Personally, I have spoken to one of the association’s elderly members to encourage those who put their names as plaintiffs in the civil suit to settle and remove themselves. The civil suit was a nuisance to start with, and whoever was the lawyer who took the case of the plaintiffs, the ones who did not want to accept defeat, should also be reproached by the community. No self-respecting Filipino lawyer (or of whatever nationality) would drag his clients to an expensive and embarrassing litigation knowing full well that his clients do not have the financial wherewithal to pursue protracted litigation since most of them depend on their pension money. Why, indeed, for a pointless legal cause?

As a people, we never seem capable of learning lessons from our faults. Perhaps our fragile self-pride prevents us from doing so. This kind of disenchantment that leads us to break away and put up our own rival group mirrors the kind of politics we have in our native country.

The Spaniards were able to rule the Philippines for four centuries by dividing our people into separate fiefdoms.

We have carried this provincial and narrow viewpoint into our national ethos. We would rather branch out into fractious political groups rather than consolidate into stronger and more potent factions, whether in opposition or in power. And we have brought this constricted mindset with us everywhere, and to our detriment as a community.

It is a problem that we carry with us. To go beyond false self-pride and look at what we can do with others, outside of our immediate family and friends.

Perhaps we need to remind ourselves always as a people and a struggling community in a foreign land that in the midst of our jeremiad against our leaders—or movers and shakers as some would call them—lessons from our imperfections are better learned by looking deep within ourselves and how we’ve never gone beyond our past.
Posted by Joe Rivera at Tuesday, March 22, 2011